Joplin City Council yesterday identified a handful of priorities for the city.

FCC chair to step down

Federal Communications Commission Chairperson Ajit Pai announced he will step down from his post.

Los Angeles Councilperson Gil Cedillo is calling for the city to buy an apartment building with $46 million in federal coronavirus relief funds.

Ford announced it would reinvest $50 million in profits it made on a $336 million ventilator contract with the federal government.

British retail company Arcadia Group has gone into administration, a form of bankruptcy, according to The New York Times.

Exxon Mobil steps back from plan to increase spending

Exxon Mobil Corp. stepped back from a plan to increase spending to boost its oil and gas production.

AdaptHealth to buy AeroCare in $2B deal

Starbucks is offering free coffee for front-line workers this month.

Shurita is a speech pathologist who teaches about language and literacy development and disorders at Missouri State University.

Anne is the co-owner of downtown’s Finnegan’s Wake, Civil Kitchen and Tinga Tacos.

Jennifer has worked at the Springfield Police Department for two decades and is one of the department’s leaders, holding the title of lieutenant.

In 2019, Brandy was hired as the CEO of Boys & Girls Clubs of Springfield after working for the children’s nonprofit for nearly a decade. Her love of kids and passion for helping them succeed in school and at home stems from a dark childhood.

After 45 years in education, with the last seven as president of Evangel University, Carol retired this fall.

Jennifer is the publisher of Springfield Business Journal. Her mother founded the company in 1980, and Jennifer’s first job at the journal was in high school helping typeset copy.

Jordan is a software engineer who works at StitchFix, a national company that uses technology to help match customers with clothing that fits their style.

On April 30, 2019, a devastating series of tornadoes ripped through the Ozarks. About 100 homes were damaged, and several were destroyed. Susan owned one of the homes that was leveled.

As a young girl living in Haiti, Darline’s mother and brother died in a tragic car accident. She says repercussions from that loss were felt throughout her life.

Opinion: How retailers can thrive during 2020 holiday shopping

Merriam-Webster declares word of the year

SBJ.net Poll
Do you rent or own your residence?
sbjlive videos 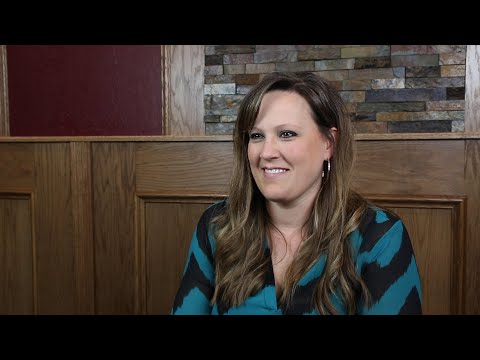 Janice Goocher, co-owner of Bellacino’s Pizza & Grinders, says it’s important to show your employees that they are valued team members. By evaluating their performance and letting them know about …