SBJ photo by Jessica Rosa
London Calling Pasty Co. is now delivering weekly in Springfield, Nixa and Ozark, with plans to expand next month to Republic and Willard. On Feb. 18, co-owner Neil Gomme brings an order to a customer in Ozark.

Two Springfield food service companies have targeted growth in 2020 through a dash of menu additions and a sprinkle of new services.

London Calling Pasty Co. started deliveries Jan. 6 of its frozen take and bake option that co-owner Neil Gomme said the eatery has offered since 2014. The company, which launched as a food truck in October 2013, is delivering various products, including its signature baked pasties, to Springfield addresses every Monday and in Ozark and Nixa on Tuesdays.

Unsure of how many people would respond to the new service, Gomme said he’s been delivering more than a dozen orders a day.

“It’s been an incredible response,” he said, adding the delivery radius will expand in March. “This is me bringing a bit of Britain to people’s homes.”

At The Gracious Plate, a 2-year-old catering and ready-to-eat meal delivery business, owner Katie Baker is on the cusp of rolling out a new menu, an expanded delivery schedule and online ordering. She expects all the new components to be available in March.

The three-employee venture already made one big change near the end of last year, as it relocated in November to Chesterfield Village after two years on College Street. The business now operates out of a commercial kitchen inside the headquarters of digital commerce firm Classy Llama LLC, 2215 W. Chesterfield Blvd. Baker said the move was key to her expansion plans.

“We just really needed more cooler space,” she said of relocating from 2217 W. College St., where it shared space with Redneck Nutz. “We have more than enough cooler and freezer space right now. We’ll use this as our growing grounds for the next couple of years.”

Similarly, London Calling’s red double-decker bus made a move this month to the Route 66 Food Truck Park at 1530 St. Louis St. from the SGF Mobile Food Park on North Glenstone Avenue. Gomme said his food truck would be open daily beginning Feb. 22 – the date the Route 66 Food Truck Park is set to launch. Developer Kirk Wheeler invested some $650,000 for the park, which can hold as many as 10 mobile eateries, according to past Springfield Business Journal reporting.

London Calling also operates a mobile kitchen for events. Additionally, the company has occupied space in the Battlefield Mall food court since 2017, and a kitchen and retail kiosk in the South National Avenue Price Cutter supermarket since 2016.

Mobile food
Gomme said the frozen food side of the business has been rising. It represented 18% of sales last year.

He felt the time was right to add a delivery option and only had to invest around $1,000 for insulated freezer totes and promotional flyers. Deliveries are made in his mobile food truck.

Initially delivering to three cities, Gomme said customer demand led to an expansion of the service area, beginning in March. Deliveries will be made monthly to Republic on the first Monday and Willard on the first Tuesday.

“Every time I post something about deliveries, people have been asking for it,” he said about Facebook fans wanting food brought to their respective towns.

The minimum order is $50, and Gomme doesn’t plan to charge a delivery fee for at least the first six months. Those who place orders of $100 or more receive a free gift, which has typically been a dessert or drinks, he added.

“Most people are ordering over $100 the first time,” he said, noting the menu includes several varieties of British handheld pastries filled with meat and vegetables, known as pasties, as well as shepherd’s pie and sausage rolls.

Frozen entrees are $7-$8, with orders taken by phone or on London Calling’s website.

The Gracious Plate has been offering delivery every Saturday for a $5 fee, Baker said, but she plans to add Wednesday to the schedule, starting next month. A pickup option is available late Saturday mornings in Chesterfield Village. All the meals are fully cooked and refrigerated, and they come in compostable packaging.

Seasonal menus are planned months in advance, Baker said, based on the availability of foods at different times of the year.

“For the season, they can order four specific salads, six or seven unique entrees and grain bowls, then five different broth bowls,” she said, noting Middle Eastern falafel bowls and Korean bibimbap are among favorites.

Clients currently have access to the gluten-free menu, but Baker said its official rollout for the general public is set for next month. Online ordering also is coming soon.

“Currently, they have to order through email, but we’re working hard on the back end of things to have it so they can order through the website,” she said, adding she prepares a total of roughly 60 meals a week for 10 families. “The next phase would be to do 200 meals a week.”

Hungry for growth
Gracious Plate orders average $90 per client and come in individual meals unless ordered family style, meaning all proteins and vegetables are packed separately, Baker said. Clients that choose the family-style option get a 10% discount.

Baker said about 95% of her clients are parents with children in elementary or junior high school, and they just want to get a healthy meal on the table. That’s a clientele she aims to grow in her new kitchen to 50-100 families.

“I know that sounds kind of crazy, but when we’re doing the numbers it’s actually a really reasonable goal for us,” she said.

London Calling has grown in revenue every year since opening, Gomme said, declining to disclose figures. Last year was up 5% from 2018, and that was with no new offerings, he added. The delivery service and food truck relocation has him looking at larger growth for 2020.

Part of that growth is tied to the menu, as several new items have rolled out this year. As of January, fish and chips are served at the mall shop only, he said. The company also now sells three varieties of London wraps, which spotlight Yorkshire pudding, with either roast beef and scalloped potatoes, ham and cheese potatoes, or vegetables inside.

“It’s the first time we’ve offered it,” he said of the street food that’s becoming popular in the United Kingdom. “I’d absolutely say there’s no one else in the U.S. doing it right now.” 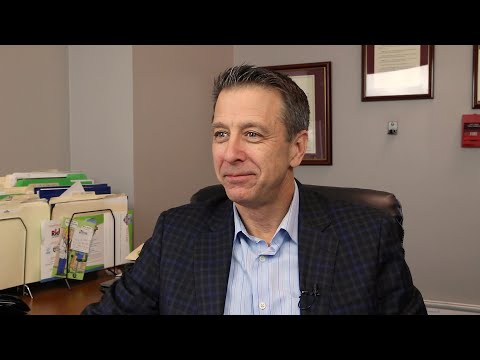